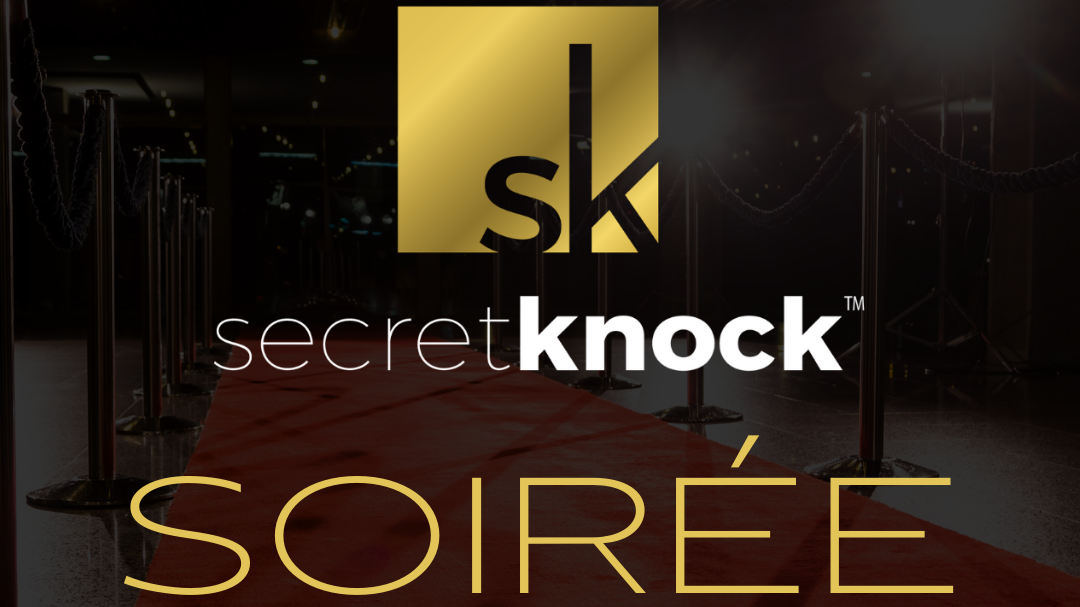 According to Inc. & Forbes, the Secret Knock is one of the world's top networking events... and now it's going to another level!

We're proud to announce the inaugural Secret Knock Soirée on September 23rd as the perfect philanthropic wrap up to the legendary 3-day Secret Knock.

Combining a Hollywood experience with the San Diego Lifestyle - an evening of socializing, networking, and collaboration like never before!

You've been waiting to iron that suit and bring out that little black dress... so let's go!

Partnering sponsors have a rare and unique opportunity to showcase their brands to an exclusive community of entrepreneurs, C-Suite executives, and humanitarians through a variety of powerful advertising elements:

Greg S. Reid is an award-winning, best-selling author and speaker who started Secret Knock in 2007. SK has become known as the premier event to attend – if you are so lucky enough to be invited.

The goal of Secret Knock is to share knowledge, contacts and resources - a goal that SK founder Greg Reid brings to each one of his events. Reid is best known for his books, many of which became national best-sellers such as Three Feet From Gold: Turn Your Obstacles Into Opportunities! and Stickability: The Power of Perseverance.

As a member of the Arts, Hearts + Philanthropy initiative, the principals have produced hundreds of business summits, networking event, and galas featuring some of the world's most influential individuals, such as Richard Branson, John Travolta, Charlize Theron, Quincy Jones and Robert Dinero, among many others. They have also raised awareness and funding for both established and startup nonprofits such as: Quincy Jones Foundation, THORN, INROADS, Just Keep Livin Foundation, Charlize Theron Africa Outreach Project, Give Kids The World Village, MusiCares, Brave Of Heart Fund, GetUsPPE, onePULSE Foundation, The Jenesse Project, and Academy of United States Veterans, among many others.