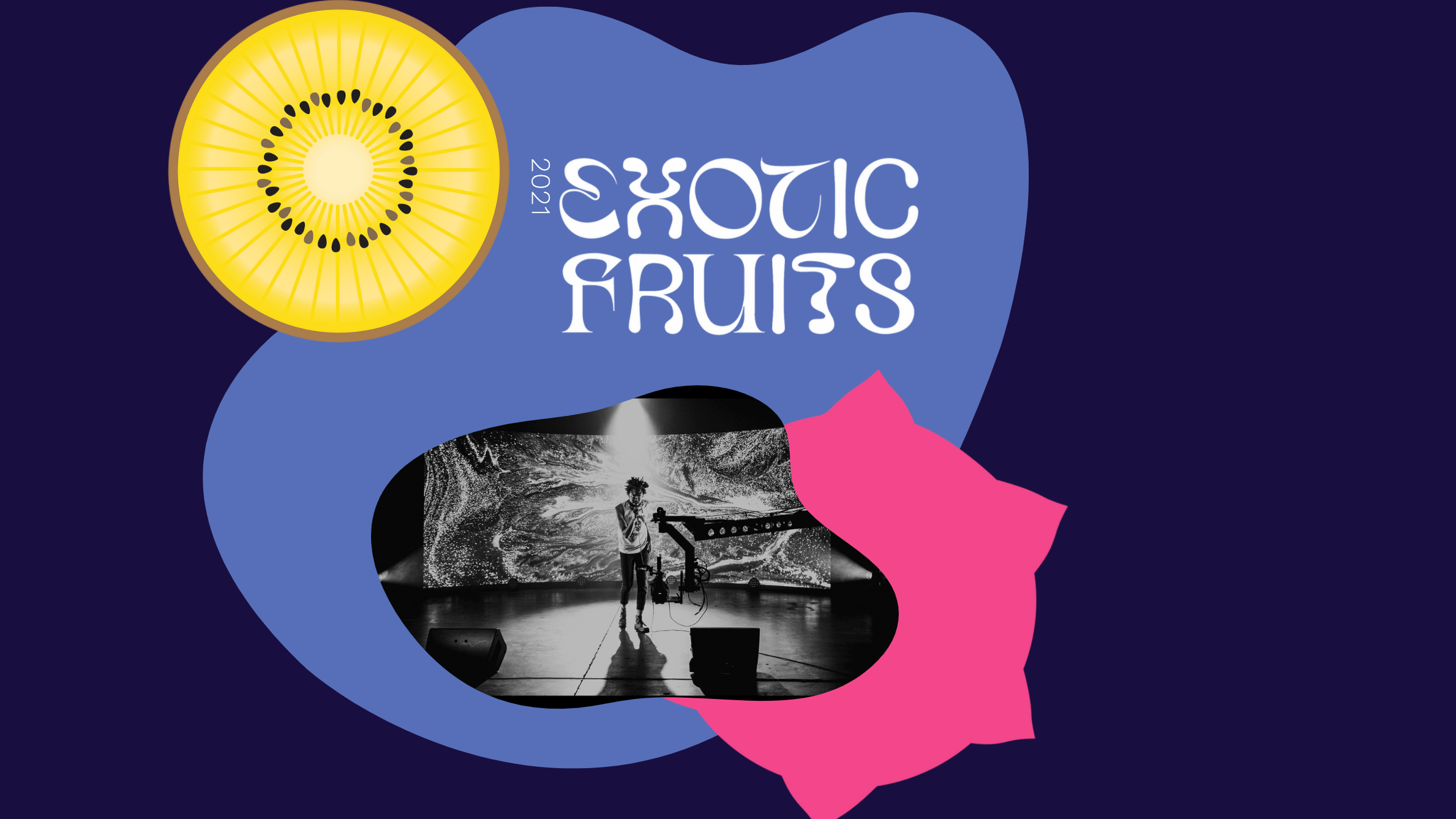 (Project Q // The Boyle Heights Arts Conservatory // Women's Center for Creative Work). THESE GROUPS ARE INSPIRING AND MAKING CHANGE IN LOS ANGELES AND BEYOND.

WE AIM TO CREATE A DISCUSSION DURING THE STREAM AROUND ACTIVISM; SPECIFICALLY ORGANIZING UNDERPRIVILEGED COMMUNITIES AND DISMANTLING THE STATUS QUO.

A unique group of performers, DJs and speakers, currated by black artists and filmed in a state of the art LED multi-stage studio, with top of the line camera and sound mixing team.

To headline this event we have 3x Grammy nomiated and 1x Emmy winning artist B.Slade (formerly Tonex) headlining.  In 2009 B.Slade was shunned from the gospel community after coming out as gay in an on air interview.  He's collaborated on songs with Snoop Dogg, Chaka Khan, Frankie Knuckles, Faith Evans.

Supporting BIPOC and LGBTQIA+ artists is as important as ever right now.  As is organizing our communities and supporting underprivaledged artists.  You can be a part of that mission.

POSTER: Logo visible on the festival lineup poster as well as all web and print promotional content. WEBSITE: Logo visible on all website pages - and in view of streaming window. (300x300 pixels) POST SHOW VIDEO CONTENT: Logo attached as 3 second graphic bumper at the end of all festival related content posted to YouTube and Instagram in perpetuity. (Each key sponsor gets their own bumper.) DURING LIVESTREAM: Key sponsors will be showcased with a short video every hour during the event. EVENT SPACE: (4x) 3'x3' Logo banners placed throughout the festival event space. These will be visible in camera intermittently throughout the event.

WEBSITE: Logo visible on all website pages. (150 x 150 pixels) POST SHOW VIDEO CONTENT: Name listed in a 3 second scrolling video credit bumper (with other participating sponsors) attached to the end of all festival based content posted to Youtube and Instagram following the event in perpetuity. (note: name only, not logo). DURING EVENT: Participating Sponsors will be thanked and have logo showcased in a 5 second special thanks bumper with other participating sponsors at the beginning and end of the 6 hour livestream event. EVENT SPACE: (2x) 1.5’ x 1.5’ banners placed throughout the event space.

WEBSITE: Name listed on ‘Special Thank You’ page on website. POST SHOW VIDEO CONTENT: Name listed in credits of all festival based content posted to Youtube following the event in perpetuity. (note: name only, not logo. Not added to video only in credits). DURING EVENT: Donor sponsors will have name listed with other donors in a 4 second scrolling thank you at the beginning and end of the stream. EVENT SPACE: (1x) 1’ x 1’ banner placed in the event space.

KELLEN MALLOY - (Techincal Director) - is a film director and producer based in Los Angeles.  In 2020, as a lead technical consultant for StandardVision Studios, Kellen has spearheaded their implementation of virtual production as well as coordinating productions for: Cadillac, Disney Channel, ABC Networks, 88 Rising, David Black Studios, Carlos Serrao -- as well as in studio music projects with Kadhja Bonet, Eddie Benjamin, Lil Tjay, Granson.  As a freelance director Kellen has also worked with artist like Dylan Brady, Jarina De Marco, Def Sound, Tolliver, Annabelle Maginnis and more.  In 2020 also working with David Blaine on his new ABC special ‘The Magic Way’.

JACQUE HAMMOND - (Producer) — is a music artist, coordinator, and magazine founder from Joliet, IL, based in the greater Chicago area. In 2020, she launched QUITE ALL RIGHT, an indie music magazine that highlights BIPOC artists in the digital and print spaces. As Creative Director, she has produced content with Day Vidya, Topaz Faerie, Driftershapeshifter, and more. She has also worked as a music coordinator with music supervisor Morgan Rhodes (Dear White People, Self Made, Vinyl Nation).  As a music artist and performer, she’s collaborated with several indie artists in the Los Angeles community and toured with Kelsey Lu. Her work has been featured on Pitchfork, OWN Network, KCRW, KPCC, STARZ, and Tribeca Film Festival.

JONATHAN TOLLIVER - (Producer) — is a music artist and journalist from Chicago, now residing in Boyle Heights Los Angeles.  He graduated with a M.S. in journalism from USC in 2015.   As a journalist has conducted interviews with Chadwick Boseman, Lakeith Stanfield, Janelle Monae, Kelly Rowland and more.  As a music artist and performer he’s collaborated with numerous indie artists in the Los Angeles music community and is currently signed to Side One Dummy Records.  He currently does outreach with BHAC and Project Q, teaching classes and doing on-air interviews for BHAC’s own independent, youth operated radio station.

Hazy Women are the Future