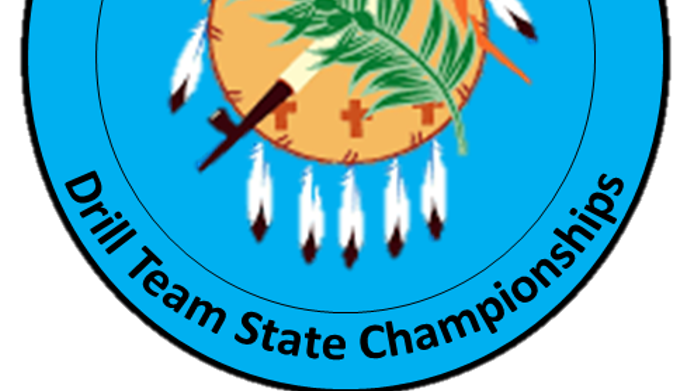 The Oklahoma JROTC State Drill Team Championships is designed to be the unified, undisputed Oklahoma High School JROTC Drill Team state championships. All schools from the state of Oklahoma and some from North Texas will be invited to compete. We on average expect between 15-20 high schools with over 400-500 cadets in attendance. The competition will be broken down into two divisions. Armed (Cadets will carry simulated rifles), and Unarmed. Within each division there will be four categories. Regulation, cadets will be issued a list of commands that must be executed correctly and in order. Color Guard, cadets will march with the American Flag and either the Flag of the State of Oklahoma or the Flag that represents their service in the same manner as regulation. Inspection, cadets will be judged on general military knowledge, knowledge of current events and proper wear of the uniform. Exhibition, cadets will create their own sequence performing movements with military flair. To compete for the division overall, teams must march in all four events and to be eligible for the Overall State Championship, teams must compete fully in both divisions. Other events not included in the Overall are Individual and Dual exhibitions. Armed and Unarmed knockout drill. Knockout drill is where all cadets will form one formation and be issued commands to perform. If a cadet fails to execute the command correctly then the cadet will be eliminated until one remains. There will also be awards given to the top Regulation Commanders and to each of best Army, Navy/Marine Corps, and Air Force Schools.

Our event is designed to allow all High School JROTC Cadets showcase the hardwork and discipline they have put into their teams. THis event has impacted the lives of cadets in the same way other State Championship events has. Our first year of competition we had a cadet from Lawton who recieved one of the Top Commander awards and came to the stage in tears, later we found out that one year prior the cadet was on the verge of going to jail and JROTC may have saved thier life. Our event has recieved massive recognition from local state and national outlets. We have been featured in the news, paper, and recieved recognition from Senators and Senior Military Commnaders of the US Armed Forces.

My name is Joshua Joseph and I have been the Event Director for almost 4 years now. I grew up in Oklahoma City and was in JROTC at Southeast High School for 4 years. After High School I enlisted in the US Air Force. I have served for the last 11 years. In that time I have served on both the Ramstein and Goodfellow AFB Honor Guards, I have coached multiple JROTC Drill Teams and supported many more. While stationed at TInker AFB, my fellow airman and me decided to create this event to give all cadets a platform to stand on and show off their abilities.