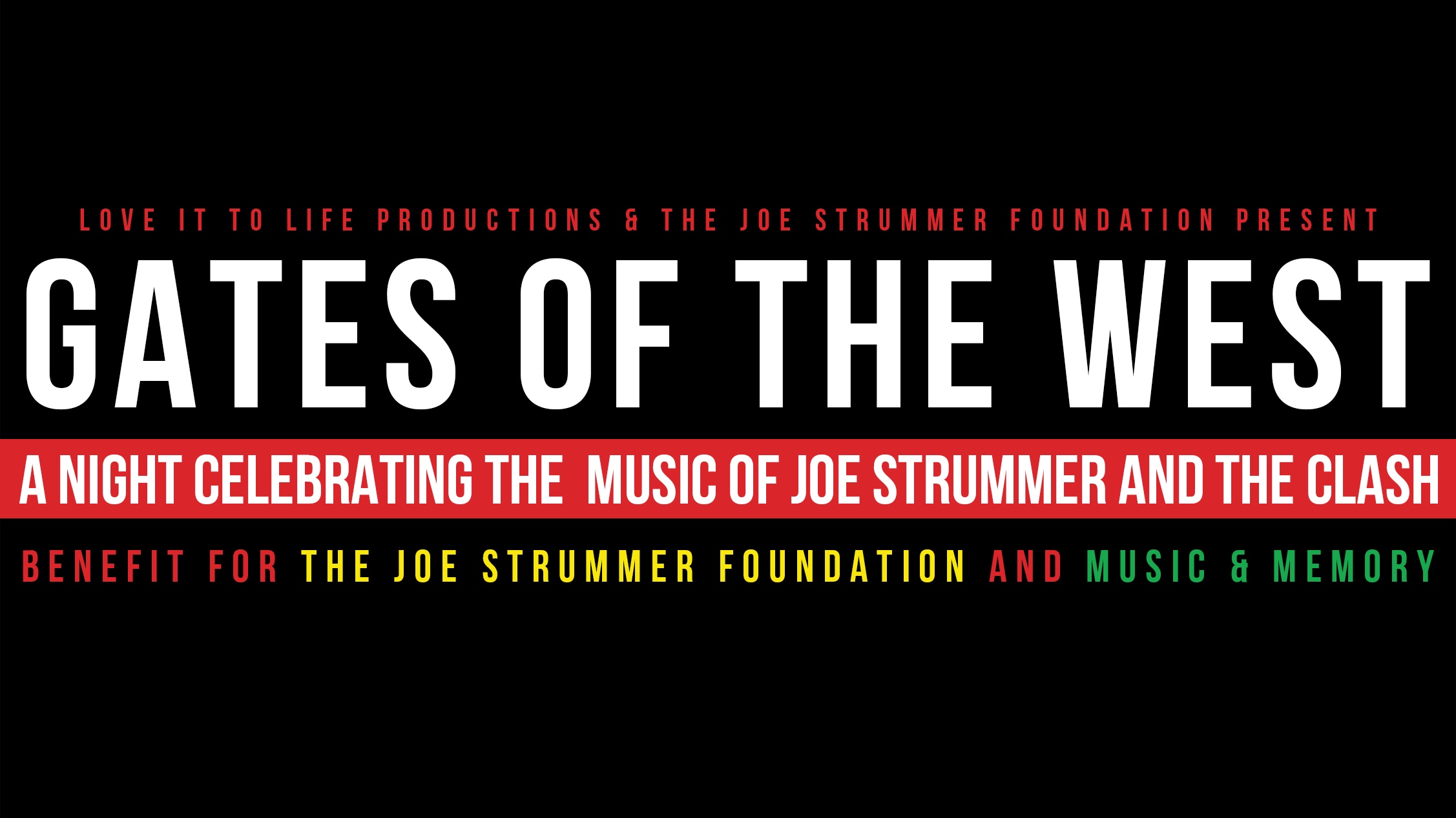 Joe Strummer wisely once said, “Without people, you’re nothing.” This is the tenet that led to the birth of the Gates of the West Festival  in 2017. Founded by musician Jesse Malin and radio DJ Jeff Raspe, the chairs of the non-profit Love it to Life Productions, Gates of the West brings together musicians to celebrate the music and message of Joe Strummer and The Clash.

Now in its fourth year, and having hosted events in New York City, London, Los Angeles and Asbury Park, all of which have sold out, Gates of the West looks forward to expanding its reach and contribution to the community.

One hundred percent of proceeds raised at the Gates of the West concerts go to benefit Music and Memory, an organization that brings music into the lives of Alzheimer’s and dementia patients, as well as co-sponsors The Joe Strummer Foundation, which gives opportunities to aspiring musicians around the world.

Musician Jesse Malin and radio DJ Jeff Raspe, thechairs of the non-profit Love it to Life Productions and producers of Gates of the West, have been staples in the music industry for over 30 years.

Cathedral of Our Lady of the Angels, Los Angeles, CA, United States
#Class, Training, or Workshop  #Other  #Science & Technology

The Power of Event Marketing: Growing Your Business With Live Events

We Run L.A. / The Come Up Experience